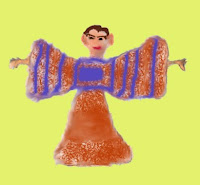 The first Whore Derv goes to a person who has been in the midst of a political fracas in Canada. Before we reveal who the winner is, however, a little history is in order. Lester B. Pearson, the only Canadian Prime Minister to win the Nobel Peace Prize (a sometimes dubious honour, no doubt), established Canada’s reputation as a country that was dedicated and skilled at resolving conflict and peacekeeping. Although various governments have stretched the meaning of peacekeeping into the realm of peacemaking, the Canadian Mission in Afghanistan has gone beyond even peacemaking into outright war.
Canada has recently been accused of breaking international laws by none other than the Canadian diplomat to Afghanistan. As few teeth as these laws might have in reality, the UN is still used with varying degrees of effectiveness to pressure countries to improve their behaviour with regards to human rights. The specific laws claimed to have been broken are those governing torture, and the law transgressed is that nations must not knowingly transfer detainees to organizations who are known to use torture to extract information from detainees. The evidence coming out from former diplomat, Richard Colvin suggests that Canada‘s Armed Forces (CAF) have done exactly that. Richard Colvin’s accusations have been substantiated by EU diplomats with experience in the region as well.
Peter McKay, the present defence minister, has denied that the CAF has handed over detainees knowing full well that they would be tortured. He said in a speech, part of which was aired on CTV’s eleven o’clock news on November 22, 2009, that “it cannot be proven that any Taliban detainee was tortured after having been handed over to Afghan authorities.” Notice that he doesn’t deny that such a thing ever happened in his hair-splitting rhetorical parry. He says simply that it cannot be proven. Then again, we can’t prove that blue is really blue after all, can we Peter? And notice how he uses the hot-button word “Taliban” as a modifier to the more neutral “detainee.” When you have no rational justification, emote, emote, emote!

Canada has been criticized (and the more sane citizens have also
contributed to some degree of self-criticism to the nation’s credit) over its current government’s refusal to abide by the now dated Kyoto Protocol. Not only that, but the Conservative government of which Mr. McKay is a part declines participating in the new initiatives sparked by the growing global consensus of the need for policy changes geared towards lowering carbon output. In a country where a large majority consider the environment the most important political issue, this is unacceptable.Add a faltering human rights record to the mix, one so diligently built by Pearson, Paul Hellyer, and Léo Cadieux, among others, and we have a precipitous slide in Canada’s international reputation, one of the sources of our national pride.
Peter McKay is the first winner of the Whore Derv of Canada. His rhetoric has gone to great lengths to cover his own ass and that of his cronies in Afghanigate after the vice squad has broken into the pay-by-the-hour motel where he was peddling ????? And, according to the demagogues of might, Canada was there to train the Afghan military? He he he he he . . . Oops. I suppose we can take comfort in the fact that we can still rant in retrospective ire about Bush and about how we didn’t actually torture anyone with some degree of justification, but really. Taking comfort in someone else’s failure does not make you any more of a success. And is it any wonder that with plans to withdraw from Afghanistan by 2011, the Canadian government has decided to pull itself up by its bootstraps to grow opium poppies for the bourgeoning pharmaceutical industry?

Congratulations, Peter!
http://www.thespec.com/News/CanadaWorld/article/643103
Posted by Trevor_Cunnington at 8:00 AM No comments:

The Whore Derv of Canada

Here at the invisible truth, we are embarking upon a new chapter. For the next few weeks, or until we get bored with it, or until you help me blow it up into the next interweb sensation and I can quit grad school, we will be devoting a virtual award to various Canadians who we would like to see receive a public spanking. The title of this award is the Whore Derv, a play on both the prestigious Order of Canada awards, and Hors D'ouevres, little bits of deliciousness that can serve as an appetizer for deeper thought. Plus, the award recognizes the extent to which the recipient is willing to really put his or her ass out there on the not-so-free market and compromise most things decent in humanity. The award also recognizes the Darwin Awards as a precursor, although we at the Invisible Truth think it is much more fair to mock the living than the dead, because the living at least have a chance to defend themselves. In the next week or so, I will be working on designing the icon to represent the award, like a little Oscar, only it will be a sexified slutty dervish.

No offense is intended, of course, to those hardworking sex-workers who continue to be denied legitimacy in Canada because of whitebread bourgeois pseudo morality. Too left, you say? We say you're being too stubborn or stupid to think outside of that whole ridiculous spectrum in the first place! Go left, er, I mean West, young thing. Let's not be coy about the whole situation here. You ARE a THING. As soon as you sell your labour on the market, boom! You ARE a THING among other things.

We at The Invisible Truth are looking for both suggestions and submissions. If you want to submit a Whore Derv award speech, we would love to read it and consider it, although I will not guarantee you I will publish it. And if you want to lampoon a figure on the left, that's fine too, but make it funny and intelligent.

Suggestions, queiries, and submissions (in .doc format please) can be sent to trevor.cunnington@gmail.com

Posted by Trevor_Cunnington at 12:05 PM No comments: 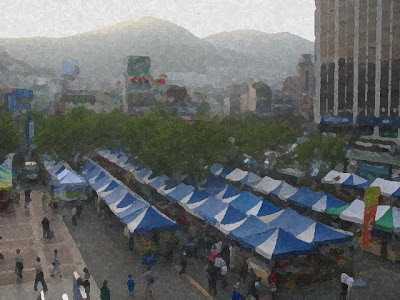